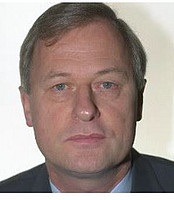 Born in the Netherlands in 1947, Jacques Bus received his PhD in Science and Mathematics at the University of Amsterdam. He worked as a researcher for 12 years and subsequently as research program manager for 5 years at CWI in Amsterdam (NL).

From 1988 he worked at the European Commission in leading positions in various parts of the Research programmes ESPRIT and ICT, including IT infrastructure, program management, software engineering and since 2004 in trust and security, as well as the establishment of the Security Theme in FP7.

Since 2010 he works as an independent advisor in various projects and on Trust, Security, Privacy and Identity in the digital environment. He has been (2011 – 2014) Director Business Development of PI.lab (NL) – a cooperation between Radboud Univ Nijmegen, Tilburg Univ – TILT, TNO (ICT Innovation) and SIDN. He is since 2011 Secretary General of Digital Enlightenment Forum – a non-profit association in the field of Digitization and Society.

Head of the Project

Institute of the Foundations of Law

Dean´s office of the Faculty of Law