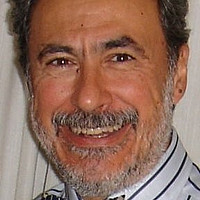 Manel Medina Llinàs, PhD in Telecommunications from the Polytechnic University of Catalunya (UPC) in 1981. Full Professor at UPC since 1992, Deputy director of technical department at ENISA (European Union Agency for Network and Information Security) from 2011 to 2014. Founder of several UPC Spin-off SMEs and research centers in the field of computer and network security (e.g. Inetsecur, tb-security, Safelayer, esCERT-UPC, cANet-UPC). Coordinator of the Scientific Committee of the European Chapter of the AntiPhishing Working Group.

Manel Medina has 58 publications in national and international magazines, and 79 in conferences from 1981 to current date; all of them in the field of computer security. Manel Medina has participated and leaded more than 10 R&D projects funded by the Commission, in ESPRIT and several Framework Programmes. He has also advised the preparation of the Security R&D FP in the ESRIF and ESRAB forums. He has been awarded as Internet Pioneer by ISOC, and for his contributions to Network and Information security by DINTEL foundation and SIC magazine.

Head of the Project

Institute of the Foundations of Law

Dean´s office of the Faculty of Law